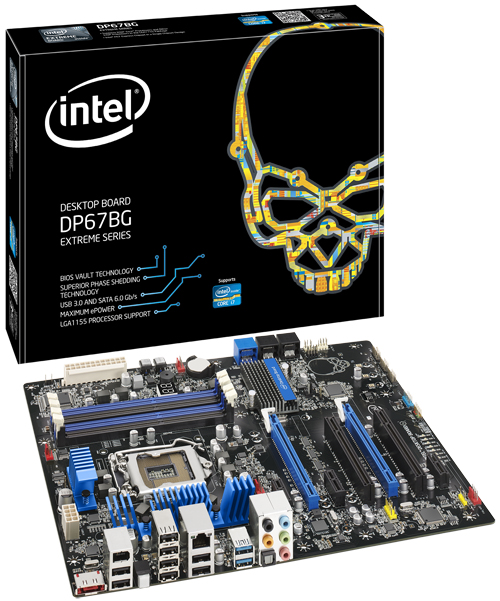 After waiting about 3 months for Intel and the various manufacturers to clean up the Sandy Bridge chipset issue, I think it’s finally time to move ahead with my new workstation build. I just bought the Intel i7-2600k processor from BestDirect (a sister website of NCIX, like DirectCanada). BestDirect currently has the best price for the processor, not to mention coupling it with free ground shipping. I should have the CPU by mid next week. Looks like waiting to purchase the processor paid off, as I saved about 30 dollars in costs. 🙂

I’m waiting for Intel to re-release their LGA 1155 desktop boards now. I’m guessing we should be seeing them within the next two weeks. Presently, MSI, Asus, Gigabyte and Biostar have their B3 revision boards out on NewEgg and other sites, with a whole dozen of them released this past week. Judging by this trend, I’d say Intel will have theirs out soon.

I plan to use this workstation as my main day trading system and run a few small virtual machines for application and website development. I’ll announce my complete build once I have all the components in place.

I never knew this day would come.

As of today, I have officially switched over my main operating system to OSX (Leopard 10.5.4). On a standard PC, that is.

This is a shock to many of my friends, whom would never see me switch over to an Apple product. As much I have surprised myself, it’s true, and I have one thing to say: I love OSX.

About two weeks ago, I simply had enough of my Windows XP machine. While I never had any major problems with it (just one I never got to solve) I was simply bored from using it. Okay, so it’s not the main reason, but it was definitely one of them. There were a few applications that were Mac-only, such as modul8, that enticed me to switch over (playing with the demo now). Another reason was to run my web design programs on a stable machine, allowing me to concentrate on my work rather than worry about the resources on hand. Plus, I needed an operating system that could handle my multitasking abilities (such as 50+ Firefox tabs, Dreamweaver, Photoshop, Messenger, etc. all open). I didn’t want to switch over to Linux, so OSX was the next viable choice. However, I didn’t want to purchase expensive Apple hardware, especially since the components they use are now ones from a standard x86 personal computer. So this is where the OSX86 Project came in to save the day.

What is the OSX86 Project

It’s very simple to explain what the OSX86 Project is and what it does. First, a bit of history.

A while ago, Apple switched over to Intel processors from IBM’s PowerPC chips. This resulted in a massive shift to PC-based hardware, as redesigning everything to be Mac-only would be utterly expensive. Now that Apple switched hardware, they recompiled OSX to be x86-ready. The new Mac era begins. OSX starts gaining popularity as a very secure and stable operating system. A lot of people start switching over to Macs, as they have become less expensive (still pricey, though).

This is where a group emerges, hoping to have an alternative to XP/Vista on the desktop after hearing about OSX so much. Since you can’t just install OSX on a regular PC, they begin hacking away at the OSX kernel (the core) in hopes of finding a way to circumvent the security measures placed by Apple during the setup routines. Basically, what makes a Mac a Mac is a simple chip on the motherboard that says “I’m a Mac, trust me”. If you figure out a way to bypass or spoof this chip, you’ve got yourself a Mac. It seems that finding a workaround was quite easy (and too technical to explain on this blog). Basically, from the wiki:

The “Trusted Platform Module,” or TPM, is a computer chip embedded inside Intel-based Macs to prevent the Intel-based version of Mac OS X from running on non-Apple hardware. During installation of Mac OS X, Mac OS X interfaces with the TPM. If Mac OS X finds that the TPM doesn’t exist, Mac OS X refuses to install or run.

Today, the OSX86 group has come such a long way (thanks to a multitude of individuals on their forums) that running Mac OSX is extremely simple and native. What I mean by native is that you don’t need to do anything complex to get the operating system running on your desktop. Once you have it installed, you can actually do software updates inside OSX and not worry about anything breaking. The kernel is vanilla and unmodified.

How I Switched Over to OSX from XP

Basically, the first step was to make sure all my existing applications were available on OSX. Sure enough, Dreamweaver or more importantly Adobe’s entire product line, were ported to OSX decades ago. A few of the games I am playing were also available on OSX, but I decided to keep an XP partition just for games whenever the urge came up. Lastly, I had to make sure my hardware was compatible with Leopard and that all drivers were readily available.

For those interested, here are my current computer specifications. The following is 100% compatible with Leopard 10.5.4.

Installation of Leopard was easy, thanks to Kalyway’s installation media (available everywhere if you know where to look). However, before I installed the operating system, I had to partition my current hard drive into two. I basically decided to dedicate 120 GB to OSX (temporarly) and I did this using Partition Magic 8.0 on XP. Once I successfully partitioned the drive, I installed Kalyway’s Leopard OSX 10.5.4 using this guide. Everything was straight-forward and simple.

Once I booted into OSX the first time, a few things didn’t work out of the box as I had hoped. I had install the nVidia drivers manually, along with the sound card. The ethernet card worked out of the box, which was a huge bonus (as it allowed me to find solutions for the rest of my non-working hardware on the net). My Creative Audigy is sadly not compatible with OSX, but my onboard ALC883 is (and it’s just as good for my music listening habits). If you have an Asus P5K-VM motherboard, check out this thread for a great write-up on how to fix everything up.

All I can say in this review is that OSX flies with my hardware. Everything is super smooth, fast and stable. I have this warm fuzzy feeling inside now, and I look forward to going home to play with my new operating system. It also feels good to know that the architecture is the BSD kernel, which is damn secure. I love knowing the fact that spyware, adware, viruses or any type of malware won’t be on my system anytime in the future (unless of course, malware writers target OSX…).

This is my review for today. I’ll have a more detailed write-up in a month or two after I use it extensively with my work. So far so good!