I can’t believe I got my hands on these tickets. Floor tickets at that.

While I shelled out double than what the face value of the tickets are, I seriously don’t mind the cost one bit. For those out of the loop, NIN is back in town November 12th in Montreal. After 3 years of silence, they’re touring North and South America all over again. As of this writing, they’re on a two week ‘off’ period, taking a break. There’s roughly 2 months to go before I see them perform, which is going to kill me as I have no patience these days.

There’s an article over at Wired’s site discussing the tech behind a Nine Inch Nails show. When I saw them live three years ago, their visual effects were superb. Supposedly this time around, the effects far surpass anything they have done before. I can’t wait.

I was looking for a specific song today, heard in the Hitman (2007) movie when Agent 47 walks into Udre Belicoff’s lair (filled with weapons, illicit substances and hookers… sounds like my kind of party :)). It sounded like it was made in the 70’s and 80’s, filled with electro beats and a somewhat high-pitched voice singing whatever (you can’t really make out the lyrics that well). The song is called DVNO and it’s by the artist Justice. The lyrics that you may hear in the background are “DVNO, four capital letters, printed in gold”. It’s quite a catchy beat and it suits that one movie scene very well. The full lyrics are as follows:

Hey, all the young and old
Ugly girls and boys
I put you on my list
And make you clap to this
But man it’s just an ego trip
And only one can win
And soon you’re saying different

Here’s the music video if anyone’s interested in knowing what the song is. 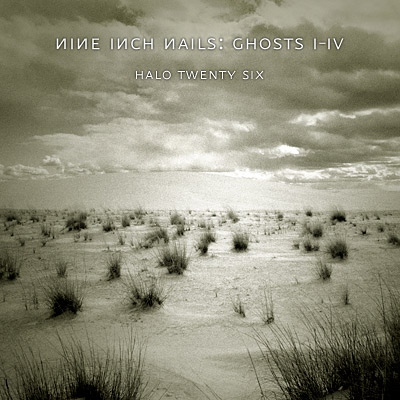 I just installed my after-market Pioneer Premier DEH-P770MP headunit in the Tribute (yes, at 9:00 PM at night since I was so eager to do it) because the stock radio is garbage. I had a bit of trouble finding guides and HOWTO’s on the web on how to replace the stock headunit, so I decided to document it here on my site. There are more upcoming changes to the stock stereo, such as replacing all four stock speakers with some components and powering them through a four channel amplifier. If anyone is curious on how to do all this, read on! I don’t have any custom pictures yet, but I can guide you step by step on how to remove and disassemble your stock radio and install a spiffy aftermarket headunit that will make music sound so much better.

Okay, without further ado, here’s the parts you will need to successfully install an aftermarket radio in your Mazda Tribute 2008:

I had a bit of trouble finding the first two parts, but after realizing that the Ford Escape 2008 is an identical vehicle to the Tribute 2008, I looked up for aftermarket parts for the former and concluded that Ford parts will work for the Mazda. I went on MetraOnline.com and confirmed that the dash kit will work for my car (see the Vehicle Fit Guide). Doing a quick search on eBay landed me on the necessary parts for my car. In total, the dash kit cost me 20.00$ CDN while the harness was more expensive, coming in at 70.00$ CDN. All items shipped, the final price was 90.00$ CDN for the whole she-bang.

END_OF_DOCUMENT_TOKEN_TO_BE_REPLACED

For the longest time, since that Fresh Prince of Bel-Air episode aired (titled “You’d Better Shop Around”, where Will Smith becomes a salesperson for a car dealership) I have been trying to find that ‘money’ song. It’s the scene where Will and a customer are in the car, blasting the air conditioning and reclining the seats backwards. The song goes “Money money money money [long], money!”. I find out it’s by the artist O’Jays, title “For the Love of Money”. After ten years, I found it off the Internet by searching Google (forum). I’m so proud of myself. 🙂